In the past few years during Miss Valentine tournament we have had many great gymnasts conducting a master class. Last two years we have been honored to have Ekaterina Pirozhkova. This year we are excited to welcome Elizaveta Nazarenkova. She is a former russian individual rhythmic gymnast, who competed for uzbekistan from the year of 2014.

She is a two-time all-around silver medalist at the Asian Championships. Her sports career begun in 1999 in her hometown, Murmansk and 10 years later, she moved to Moscow where she started training with her coach Natalia Gorbulina. In 2010 she joined National team of Russia as a junior gymnast.

Liza is one of the most well-known athletes from her Oblast and so that was named the 2010, 2011 and 2012 Athlete of the Year in Murmansk, Russia. She also holds  the title of Master of Sport of International Class.

Master class with Nazarenkova will be held on the 2nd of march! 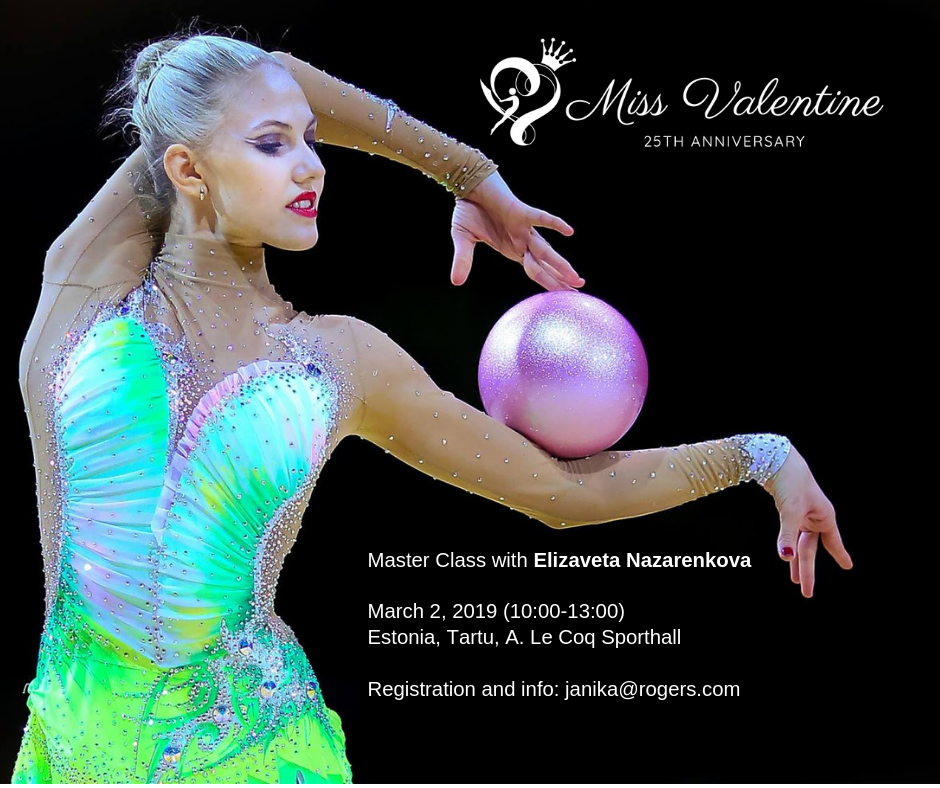