Russia was unbeatable in all around with ahead of former World Championships silver medalist Arina Averina. She was also the best in hoop, clubs and ribbon. Jekaterina Selezneva scored more in ball routine. Tomorrow in the Finals it will show who wins the gold.

Victoria Bogdanova was the best Estonian, finished 14th in all around. She will compete in finals with ball and hoop routine. Also we will see Polina Murashko(EST) performing in ribbon and clubs. 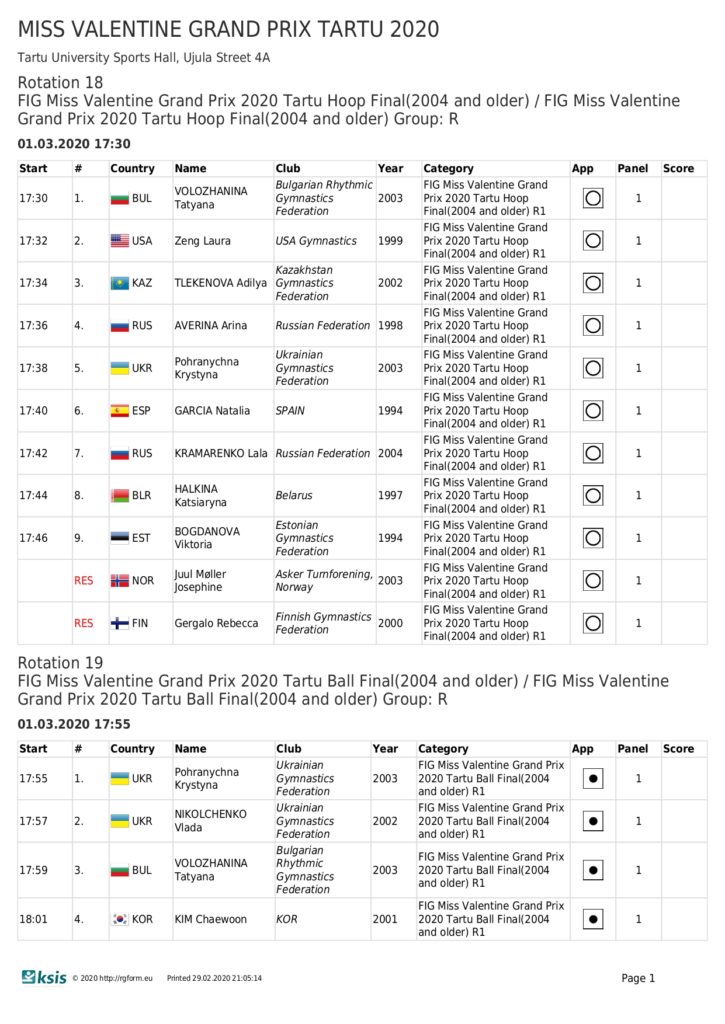 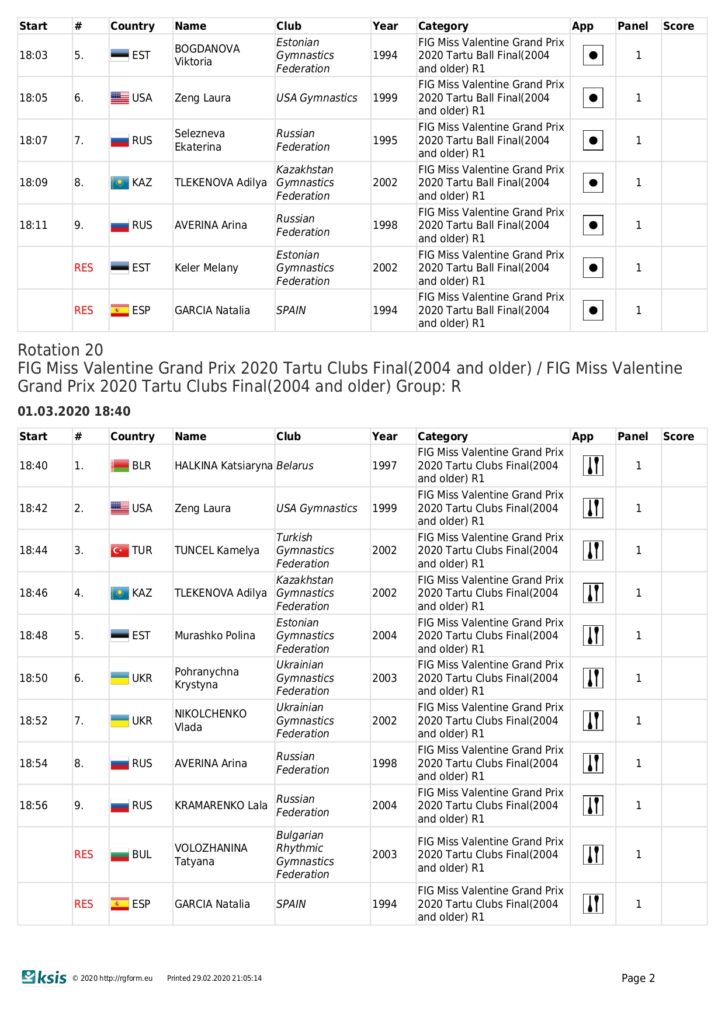 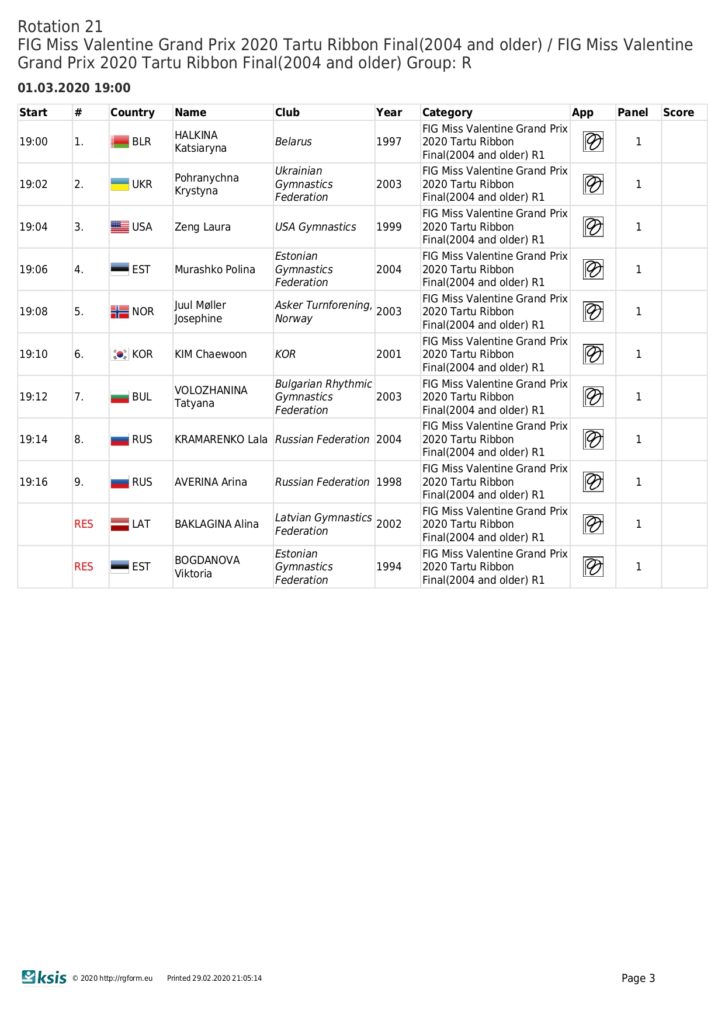 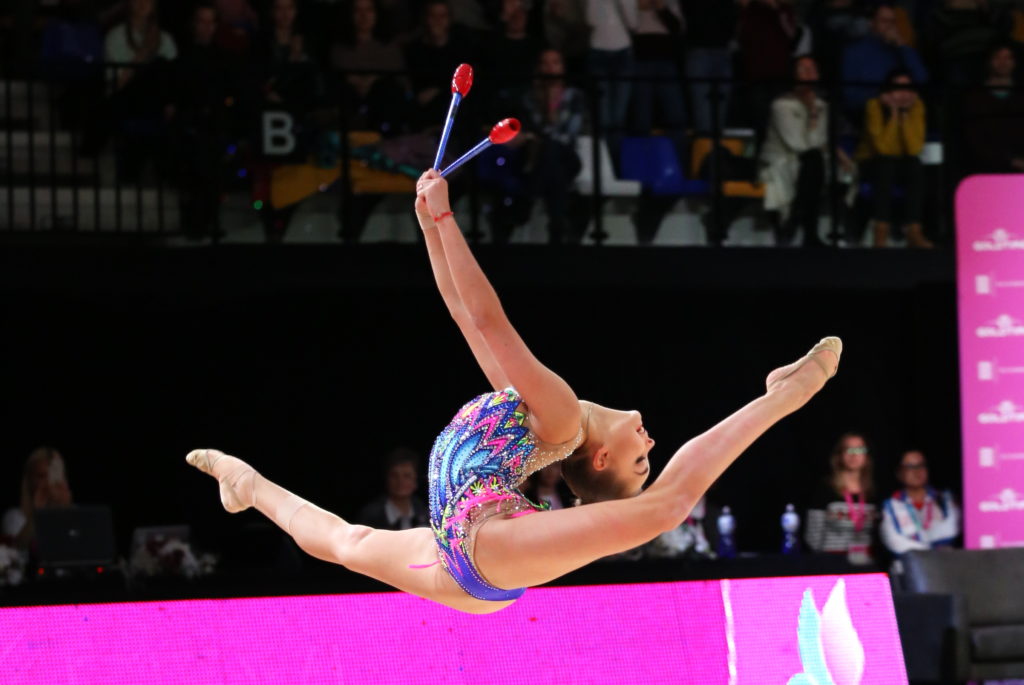